The WBF Committee of Honour

The WBF Committee of Honour was formed in 1972 for the purpose of recognizing the unselfish efforts of individuals in making a significant contribution to the enhancement and growth of bridge throughout the world.

The WBF Gold Pin, the highest award offered by the WBF, is awarded only to members of the Committee of Honour.

When the Committee was formed in 1972, only three persons received the required nominations and votes. They were: Geoffrey L. Butler (GB), Waldemar von Zedtwitz (USA) and Charles L. Solomon (USA).

In 1974 the WBF President, Julius Rosenblum, was unanimously elected whilst Albert Morehead (USA) and Baron de Nexon (France) were posthumously elected. In 1976 Ben O. Johnson (USA) and André Lemaitre (Belgium) were elected to the Committee.

In 1978 there were two more nominations, each receiving the unanimous support of all six Zones at that time represented on the Executive Council, as a result of which General Alfred M Gruenther (USA) and Jaime Ortiz-Patiño (Switzerland) were elected.

In 2004, Istanbul, Gianarrigo Rona (Italy) was elected, receiving the unanimous support of all eight Zones represented on the Executive Council. 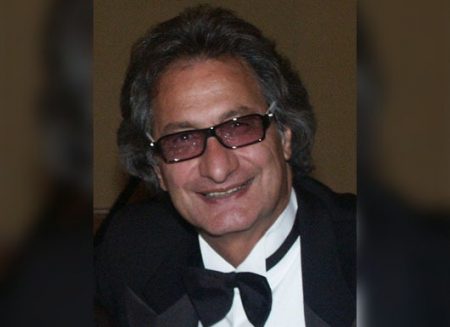 In 2020, during the COVID pandemic, the Executive Council Meetings were held via internet and Zia Mahmood (USA), pictured above, was elected.

Some of the past Members of the Committee of Honour