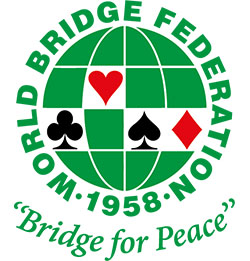 The purpose of the World Bridge Federation shall be:

to promote, foster, promulgate, develop and govern the sport of Bridge internationally

to support and encourage the development of youth bridge, in particular by encouraging and assisting NBOs in promoting bridge in schools, universities and other educational and youth organisations

to federate national bridge organisations in all countries

to establish standard laws for its contests adopting recognised standards of fair-play, good ethics and supplementing these as may be required

to support and encourage the promotion of positive sport ethics

to fight against unethical behaviour, manipulation of competitions and alterations of results in bridge

The WBF does not permit any political, religious, gender or racial discrimination or any violation of human rights amongst its members