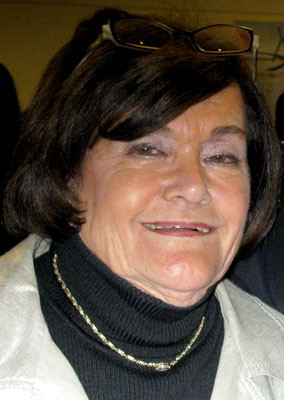 The WBF Youth Awards were instituted by the World Bridge Federation in 1989 as part of their general effort for the development of Junior Bridge worldwide.  The Awards aimed at rewarding aptitude, diligence and international spirit shown by participants at the Junior Camps.  The WBF Youth awards were discontinued in 2007, when the World Junior Camps were discontinued.

Following a proposal made by Alvin Levy, the Management Committee approved the revival of the Youth Awards in 2013 at a meeting held in Milan during March of that year. Following the sad death of Joan Gerard, who had been a long-time support of the WBF Youth Programs worldwide, it was agreed that the awards should be named in her memory. The Joan Gerard Youth Awards will aim at rewarding aptitude, fair play, good sportsmanship and a friendly international spirit, rejecting any discrimination. They will be presented every year at the Youth Bridge Teams Championships and at the World Youth Open Bridge Championships to a Junior, a Youngster and a Girl.

Each of the attending  players, NPCs, coaches, WBF championship officials and members of the staff can nominate one Junior, one Youngster, one Girl to receive the Joan Gerard Youth Award.  No one can nominate players from his own country.

The final selection will be made by a Commission composed of the members of the Championship Committee and chaired by the Master of Protocol & Ceremony. The result will be announced and the Joan Gerard Youth Awards presented at the Prize-giving Ceremony.