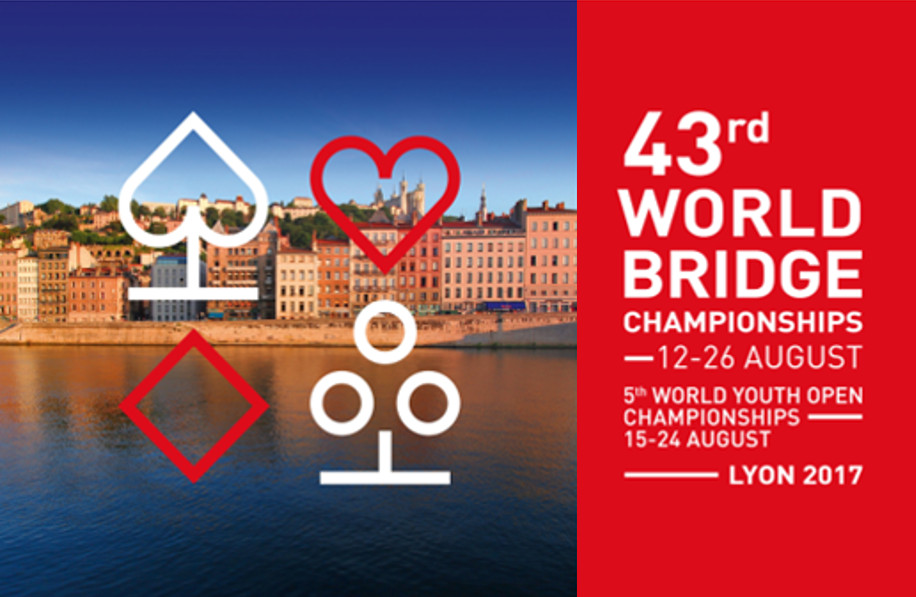 Lyon is France’s third-largest city, and is well-known as the gastronomical centre of the country.

The announcement followed a presentation by two representatives from Lyon, and two from the French Bridge Federation. Putting together a video and slide presentation were Eric Remy, general manager of the French Bridge Federation; Sebastien Bret, development manager of the city’s Convention Bureau, and Jean-Philippe Daublain, president of the District of Lyon.

They were introduced by Jean-Claude Beneix, part of the WBF’s Championship Committee.

The video showed Lyon at its best, with lots of activities, plentiful hotel rooms and restaurants, plus easy access from a variety of locations around the world. Sebastien said there may be direct flights to Lyon from more locations by 2017. A connection from Dubai has recently been introduced which makes access from Asia easier, and visitors from North and South America can arrive by plane via Paris-Roissy or Geneva for the relatively short train trip.

Visitors who fly into Paris will have an excellent train service available, with 86 departures a day. The train trip from Paris to Lyon is less than two hours.

The tournament will include the usual championships – Bermuda Bowl, Venice Cup, d’Orsi Seniors Trophy and World Transnational Open Teams – and the Lyon organizing team proposes that the schedule should include side games for club players, Junior/Girls/Youngsters competitions and schools players (9 to 16 years old).