(including Bermuda Bowl, Venice Cup, d’Orsi Trophy and Mixed Teams) and the 12thWorld Transnational Open Teams has held at the Wuhan Convention Center. 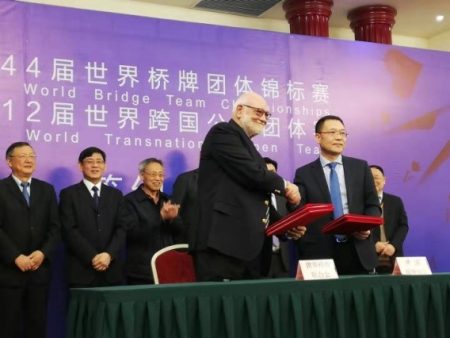 Several journalists and representatives of Media attended and much was said and reported, in press and media, of the ceremony and the championship. The official contract was signed by the WBF President Gianarrigo Rona and the CCBA Secretary General Guo Yuyun.

On Monday 11th and Wednesday 13th a technical visit of verification of the venue & hotels was carried out and a meeting with the representatives of the Venue, the CCBA and the LOC was held to discuss and define all the various details of the organisation. 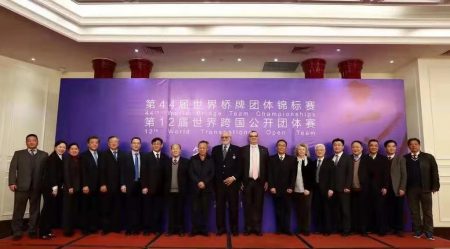