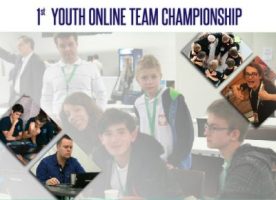 So what is the legacy of this 1st World Youth Teams Online Championships? After 5 months of an exciting challenge which involved 42 Teams, 32 countries, 5 continents, 13 Teams U16 and 29 Teams U26, we finally have the first 2 World Youth Online Champions.

During the 17th World Youth Bridge Championships, in Wujiang, the finalists will be awarded.

Thanks to all the participants, captains and coach for the brilliant job.

See you in Wujiang and prepare yourself for the next edition!