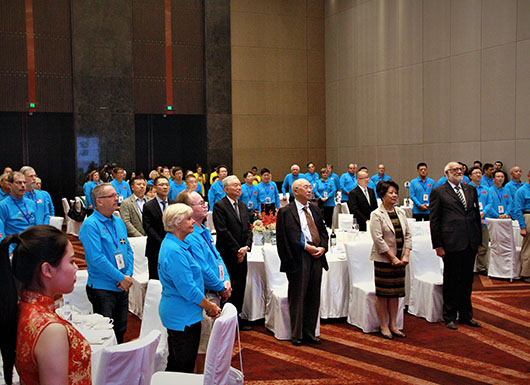 M.me Chen Zhili, former member of the People Republic of China Parliament opened the Final of the 31st World Wide Bridge Contest on Thursday 21st September, at the NUO Hotel in Beijing.
The Ceremony was very impressive with the presence of several Authorities and representatives of the Media and was broadcast by Chinese TV. 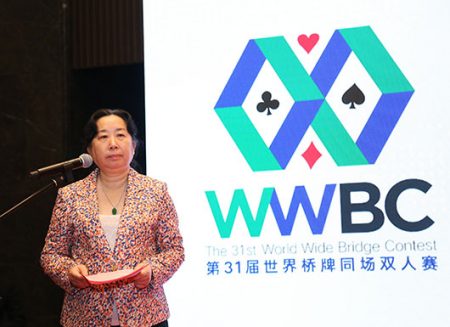 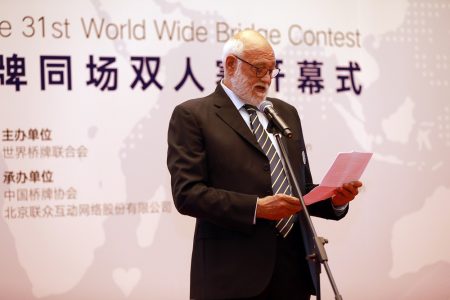 The Ceremony was followed by an Official Welcome Dinner.