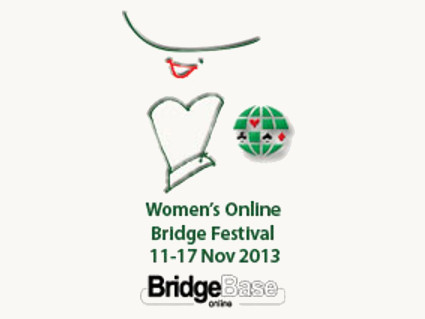 From 2013 there will be two Festivals each year, in the Spring and Autumn

The first Autumn Festival was held in November 2013. The President of the World Bridge Federation offered the overall winner: 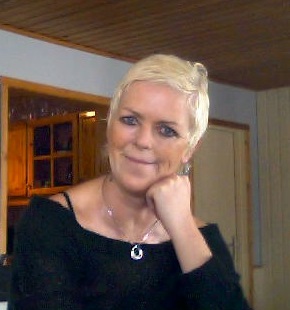 Louise Nilsen from Norway (pictured right) won the event and is extremely excited about accepting this wonderful prize. We asked Louise to tell us a bit about herself and she says:

“I moved to Norway 25 yrs ago,originally from England.
I learnt to play bridge here,originally to help learning the language and to do something “social” but soon found that i was fascinated by,and loved,the game. I live in a small county,Sømna which is 25 mins drive from a town called Brønnøysund,in Nordland, Norway.
I am a member of, the local bridgeclub here in Sømna,and the Norwegian Bridge Federation.
I have one daughter, Michelle, now 22 yrs old, going to school in Oslo, and my pride and joy and work for Sømna Kommune (county) with the district nurses,whom are a great bunch to work with.
There was nobody more surprised than me, when i won this tournament,but i am absolutely thrilled about it.”

The final ranking was:

The Festivals are designed for all women players – one that you can play in and enjoy! Just for women, playing online at BBO and with a wonderful prize

If the winner is unable to attend the Championships, this prize will be offered to the second and , eventually to the third individual in the overall ranking. There is no cash alternative, nor may the prize be accepted and then passed on to another player/pair.

For more information about the Festival, and how to enter etc, please go to our website:

** Travel costs and food will be at the players’ own expense. If the winner and / or her partner wish to arrive earlier to participate in other events, the accommodation and entry fees will be at their own expense

Dates for the 2014 Spring Festival will be announced as soon as they are known.

The important objectives are:

To find out more about this exciting and fun event, please go to our Women’s Bridge Club website where there is more information, including the times of play and how to register to play in this lovely event.