This event was organised by the WBF, every two years, from 1992 to 2008 with the support of GENERALI.
It was an invitational individual championship reserved for players holding a World or Zonal title. The same World Standard Convention Card was used by all competitors.
Some of the world’s top players were invited to participate in the competition, normally played in two series, open and women. A series for Juniors was held in 2000 only.

Two Scandinavians smile happily after having won first place in the open and women series of the World Masters Individual. 36 top players took part in the open series, won by Tor Helness. He finished ahead of compatriot Geir Helgemo, while the third place went to Russia’s Andrey Gromov. Sweden’s Catarina Midskog was victorious among the world’s top 24 women; she was followed by Anne-Frederique Levy of France and Ru Yan of China. 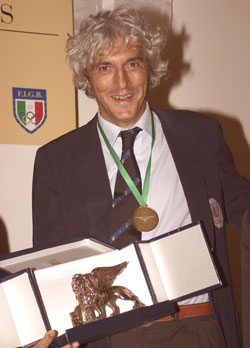 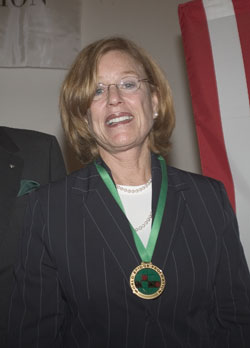 Following the great success of the 5th GENERALI Masters Individual Championship held in Athens, Greece, in 2000, the City of Verona, Italy, was picked up to host the bridge elite from 8–10 September 2004, competing in the 6th event of the series.

80 of the best players in the world took part, most of them being holders of at least one World, European, American or Asian title.

In the Open series, comprising 52 players, the Italian World Champions and the World’s top ranking players Bob Hamman and Bobby Wolff of USA were invited to participate, among many more of the world’s greatest.

In the Women series, a total of 28 players competed. Invitations were extended to the American World Champions, the leading female competitors in the WBF Master Points list, and other great players who had distinguished themselves in previous events.

In total, some 20 countries were represented by 52 men and 28 women players, who put forward a top performance during the three days of championship.

The GENERALI Masters is concluded in Athens, Greece, where the whole world elite has rivaled performances from 13 to 15 of April 2000. Apart from the regular Men and Women series a new event for Juniors has been added.The 100 best players in the world have been invited to participate. All of them have won prestigious titles and many are Zonal or World champions. These 52 men, 28 women and 20 juniors representing 28 countries played 112, 84 and 76 boards respectively, with a common bidding system.To check all the information of this championship, please click here. 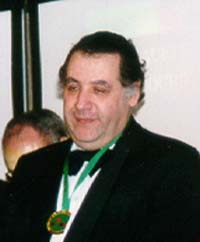 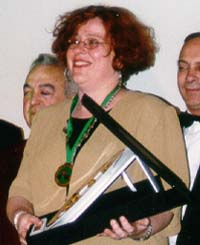 After the immense success of the first three editions, the GENERALI Masters continued but this time with a change of venue, abandoning Paris for Ajaccio, Corsica, France, where the whole world elite met from 17 to 19 of April 1998.No other championship can boost such prestigious stars; never has bridge reached such near perfection as with the GENERALI Masters.The 80 best players in the world, each of whom holds at least the title of European, American or Asian champion and more than half of whom hold a World title. These 52 men and 28 women, representing 28 countries, and playing 112 and 84 boards respectively, with a common bidding system, rivalled performances for three days.With the exceptional participation of Omar Sharif, considered as being one of the best players, all the ingredients for a great competition were combined.To check all the information of this championship, please click here.

The first Generali Individual, held in 1992 in Paris, was so successful that the project was repeated, this time with almost every Zone of the world present, though few of the leading Americans were able to come.Men :
1. Jon Baldursson (ICE)
2. Christian Mari (FRA)
3. Jan Westerhof (NED)Women:
1. Nicola Smith (GBR)
2. Pyttsi Flondqvist (SWE)
3. Benedicte Cronier (FRA)