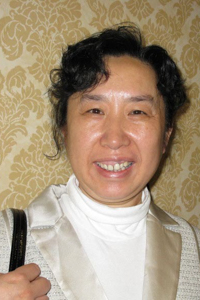 Zelan Chen from Beijing, China, was elected as a member of the Executive Council in 2010 and re-elected in 2015. In 2014 in Sanya she was awarded the WBF Gold Medal and in 2016 in Wroclaw she was elected member of the WBF Committee of Honour and awarded the WBF Gold Pin. She has been 1st Vice-President of the Pacific Asia Bridge Federation since 2007 and Vice-President of Chinese Contract Bridge Association from 2008 to 2018. In 2017 M.me Chen was elected by acclamation  President of the International Mind Sports Association – IMSA –