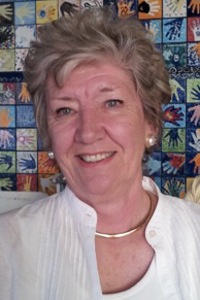 Sheena Rayner, from Bermuda, was elected as a member of the Executive Council in 2014.
She is President of the Central America & Caribbean Bridge Federation since 2014, having previously been a Vice-President from 2009 to 2013.
She was President of the Organizing Committee of the 34th World Teams Championships held in Bermuda in 2000.
She is a member of the Admission, Zoning & Infrastructure Committee and the Protocol-Ceremony Committee.