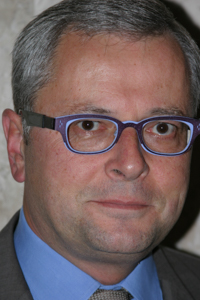 Marc De Pauw, from Destelbergen, Belgium, where he has been Mayor from 1995 to 2018, was elected as WBF Treasurer in 2010 in Philadelphia, having been a member of the Executive Council since his first election in 2003 in Menton.
Elected as a member of the Executive Council of the European Bridge League in 1999 in Malta, he was Treasurer from 1999 to 2010 and is currently the 1st Vice-President. He was President of the Royal Belgian Bridge Federation from 2009 to 2019 and was awarded the EBL Gold Medal in 2010. In 2014 was elected member of the WBF Committee of Honour and awarded the WBF Gold Pin. He is a member of the WBF Management Committee and is Chairman of the Finance Committee. He is Treasurer of the International Mind Sports Federation (“IMSA”) since his election in 2013.