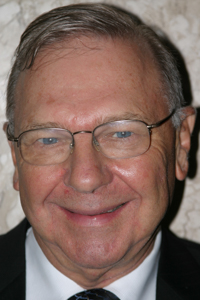 Alvin Levy from Commack, New York State, USA, was elected  1st Vice President in Orlando in 2018. He has been a member of the Executive Council since his election in 2004 and  Executive Vice-President from 2010 to 2018.

In 2013 in Atlanta he has been awarded the WBF Silver Medal for his leadership in the world youth championship and in 2014 in Sanya he was elected member of the WBF Committee of Honour and awarded the WBF Gold Pin.  In 2018 he served as the organizing committee chair and onsite coordinator of the world championships in Orlando.  He has organized and directed the annual World Computer-Bridge Championship since its inception in 1997. He is a member of the ACBL Laws Commission and WBF Laws Committee and the editor of The Laws of Rubber Bridge.  He is a member of the Management Committee and is Chairman of the Technological Commission.  He served on the ACBL Board of Directors from 1996-2018 and as president in 2003.