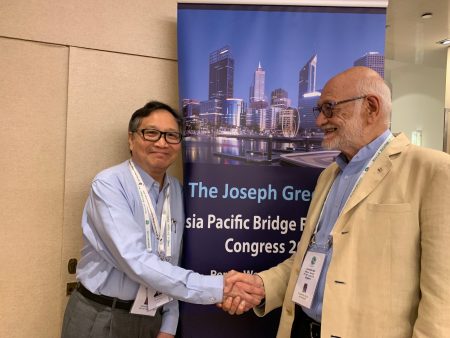 To Esther and Patrick the very warm congratulations and success from the WBF Family,  for an even better development of our  beloved discipline.

To Mrs. Chen Zelan (IMSA President and WBF Honour Committee Member) who ended her term as