Commentary on the 2017 Laws of Duplicate Bridge 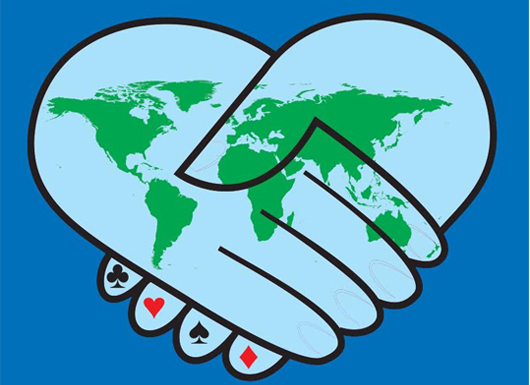 Commentary on the 2017 Laws of Duplicate Bridge

By Anna Gudge In Archive, News On 6th January 2019

The WBF Laws Committee is happy to announce the release its Commentary on the 2017 Laws of Duplicate Bridge.

Bridge is a complicated game that requires detailed instructions explaning how it is to be played. The Laws however do not always describe in detail how the Tournament Director should proceed in carrying out his duties. The goal of this Commentary is to help the TD correctly apply the Laws of Bridge. The Laws sometimes describe a default approach, while also offering Regulating Authorities the option to choose a different approach. In much the same way, the interpretation of certain laws may differ between regions and so the Laws Committee have selected the approach they believe to be best. Such choices are not set in stone, and it is possible this may change over time. This Commentary will be a dynamic document, with regular updates. The Committee encourages on-going comment and it welcomes suggestions for possible improvement as well as requests for further interpretation.