Before the closing ceremony, (pictured below, from left to right) the Executive Vice-President Al Levy, the WBF first Vice-President John Wignall, the WBF Youth Committee Chairman Ata Aydin, the WBF President Gianarrigo Rona, the WBF Honorary Secretary Georgia Heth and the WBF board member Sevinç Atay presented awards to the winners of the Board-a-Match events and also the Joan Gerard Awards.

The 5th World Youth Open Championships were attended by 70 teams and 192 pairs from 29 different countries. During the event, the French Bridge Federation organised the 1st International Schools Championship, which was a great success as 250 pairs took part.

The morning after the end of the Championships, the ShengXing Teenage Bridge Club delegation came back to the venue to greet the World Bridge Federation’s Executive and Staff. This was the occasion to take one more picture celebrating friendship and the great time we all had together. 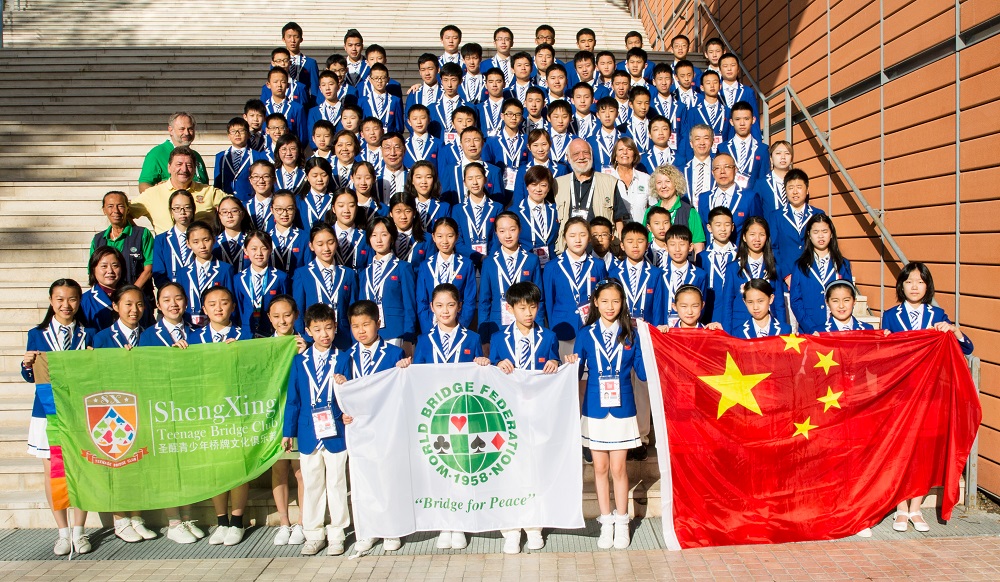 The WBF thanks all the players, coaches, captains and teachers of the 5th World Youth Open Championships for their participation in such a friendly and sportsmanlike atmosphere and wishes them all a safe trip home.