On Sunday 14th May President Rona attended the 1st session of the General Assembly of the Confederacion Sudamericana de Bridge, reporting about the activity of the WBF and congratulating the CSB President Marcelo Caracci and his colleagues of the Board for the excellent organisation of the Championship and for the impressive activity done in the last years in developing Youth Bridge, which results in the participation of 9 South American Teams in the next Youth Open Championship in Lyon. 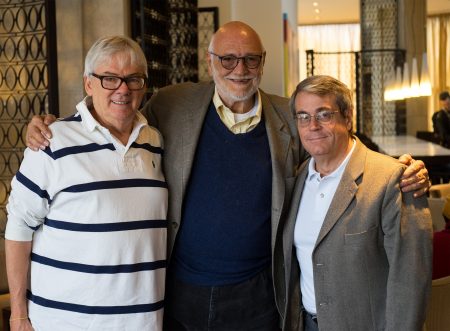 President Rona met also the representatives of the NBOs and in particular he had a very profitable meeting with the New President of the Brazilian Bridge Federation, Rafael Amoedo and the new Vice President Leão Carvalho talking about the activity in Brazil and the organization of the 2018 Sudamericano de Bridge in Comandatuba, Bahia, congratulating them for the excellent job that they have done and are doing in realizing this initiative.

On Tuesday 16th May, in its second session, the General Assembly provided the election of the  CSB President and Board for the new Legislature. Marcelo Caracci was unanimously confirmed President and WBF Executive Council Member, Eduardo Rosen Secretary, José Brechner Treasurer, while Leão Carvalho was elected Vice President for his first term. The WBF President Gianarrigo Rona, on behalf of the WBF and personally, congratulated the elected with the best wishes of good work.

President Rona expressed to Marcelo Caracci the great pleasure for his re-election as member of the WBF Board. 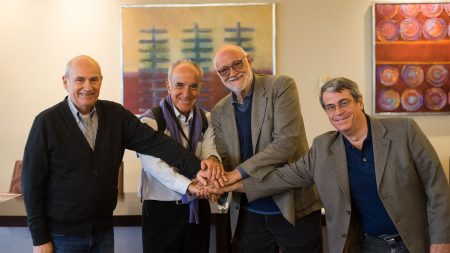