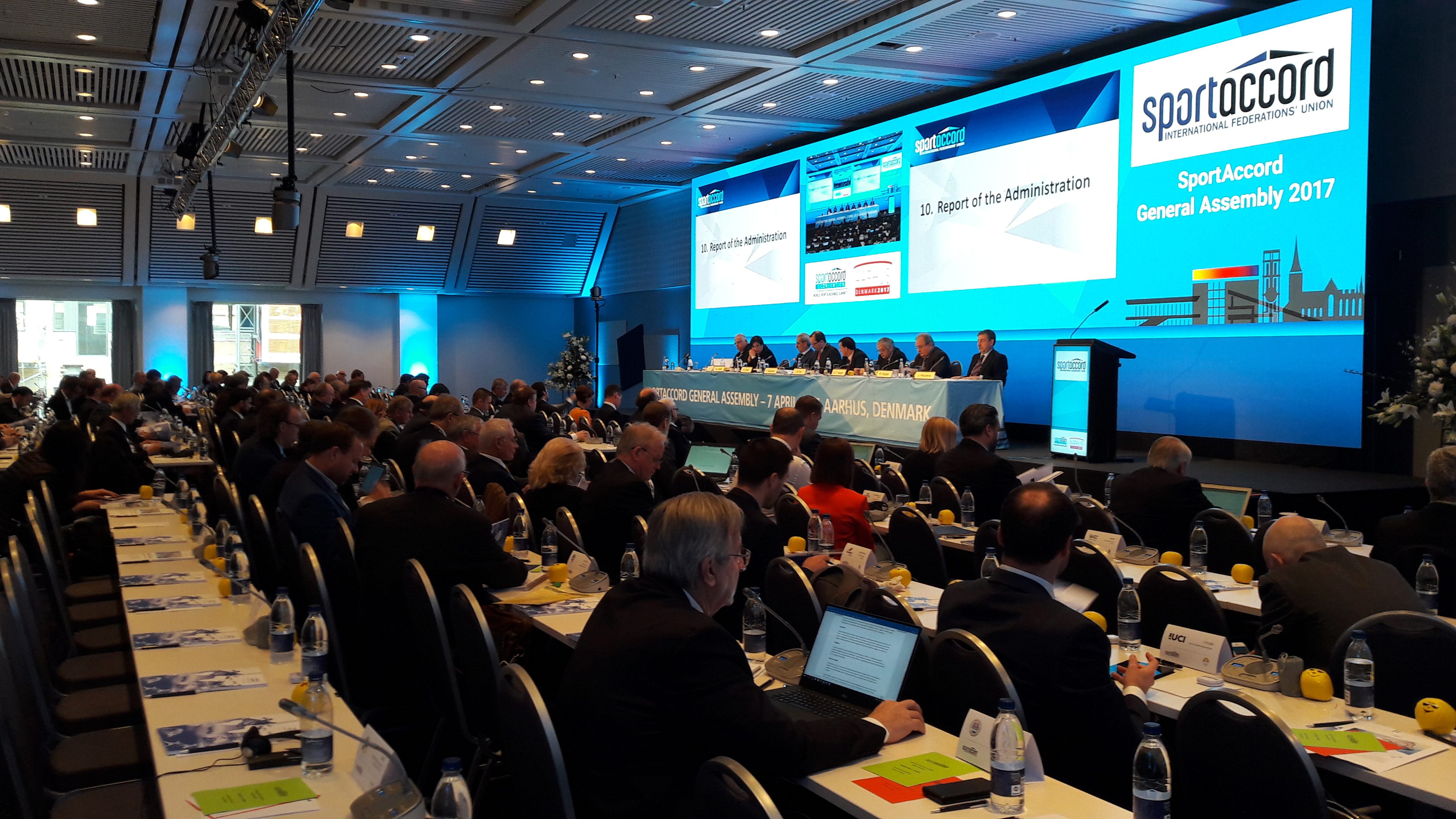 The SportAccord Convention week in Aarhus, Denmark, was closed on Friday 7 April with the SportAccord General Assembly, chaired by the President Patrick Baumann.
The Assembly was very successful with the participation of the representatives of 91 International Federations on a total of 106, 90 Full Members (including the WBF) and 16 Associated Members. The WBF was represented by the President Gianarrigo Rona, the Treasurer Marc De Pauw and the Secretary Simon Fellus. The SportAccord Convention President Francesco Ricci-Bitti welcome the delegates and the IOC Sport Director Kit McConell addressed the assembly.

After the Report from the President and the Treasurer, the Assembly on the proposal of the Council, unanimously approved some changes in the Statutes concerning the rules of Presidency, the procedure of recognition and admission, introducing the status of Observer, but in particular changing the name of the association in Global Association of International Sport Federations – GAISF –

The President reported about the administrative activity and has been announced the work are in progress to reintroduce the World Mind Games.