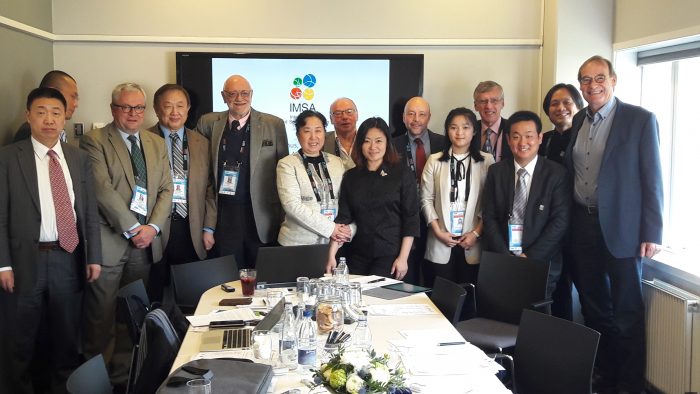 The new IMSA Board elected at SportAccord Convention

The IMSA General Meeting was held today, Wednesday 5th April, in Aarhus, Denmark, in the framework of the SportAccord Convention Week.
The WBF was represented by the President Gianarrigo Rona, the Treasurer Marc De Pauw and the Secretary Simon Fellus. The IMSA Founding President and WBF President Emeritus José Damiani attended the meeting.
The new Board for the quadriennium 2017 – 2021 was elected. M.me Chen Zelan, was elected President, while Marc De Pauw was re-elected as Treasurer and Gianarrigo Rona as member.
The application of the Mahjong International League was unanimously approved and IMSA counts on 6 affiliated International Federations governing Bridge, Chess, Draughts, Go, Mahjong and XiangQi.
It was confirmed that the 2nd edition of the IMSA Elite Games will be held in Huai’an, Jiangsu Province, China, from 16th to 22nd December 2017.
The Board was welcomed by the SportAccord President Patrick Baumann and then met Mr. Alexander Dufault fro SportAccord discussing the forthcoming common programs. 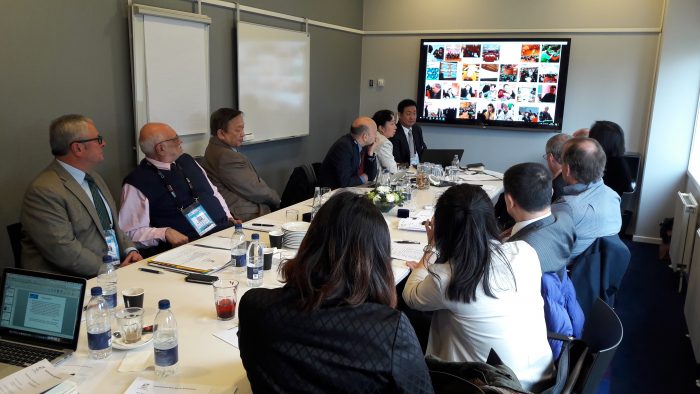 Work in progress at the IMSA meeting at SportAccord Convention