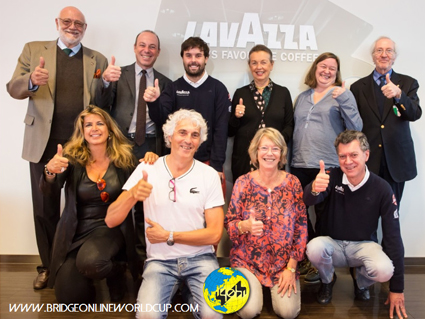 This was the first time such an event has been staged, and its success outweighed expectation.

There has been a series of Press Releases relating to the tournament and about some of the players and which you can find at: http://bridgeonlineworldcup.com/press/

The winning team was Lavazza, from Italy.

Following the event Bill Gates, who played in the BBO team, tweeted: “This morning I played in the first-ever online @BridgeWorldCup. I hope this draws more people to the card game I love playing”