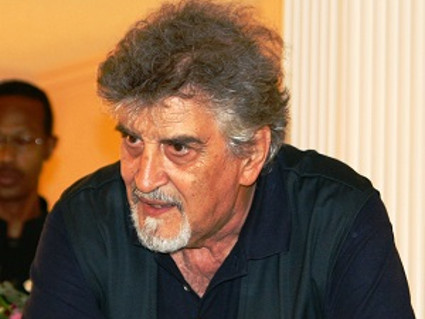 A new great loss in the bridge family!

Fulvio Colizzi, a true friend to bridge, who worked with us for more than twenty years, has passed away.

Fulvio was the person responsible for the Main Office at every European and World event since the 1992 Olympiad until the 2012 Championships in Lille.

After Lille he continued to coordinate the Equipment Section in Milan, preparing and dispatching all the material for the Championships each year.

It is not easy to report what Fulvio did for bridge, but I believe that José Damiani, who firstly appointed him at an international event, summarized it very well by saying: “he was not only the right man in the right place but his kindness, his dedication were very much appreciated by the whole team; quiet, still very efficient, he made things easy while the job was difficult and some would have found it too daunting.”

Another great friend of Fulvio’s, Ton Kooijman remembering him said: “I consider Fulvio as one of the pillars of the bridge society. I could lean on him and I did. It might be time to consider our own hall of fame. A few will precede him, but then he walks in.”

Fulvio was a constant point of reference for all the persons who worked with him, for all of them he was “Babbut” and all of them will hold in their memories his friendship and his teaching.

Personally I started to work with him in the Italian Federation following my election in 1986 and for me he was not only a work colleague but above all a great friend with whom I spent more than one third of my life, living together a marvelous human adventure.

Ciao Fulvio, you will be always with us.